Srinagar (Jammu and Kashmir) [India], November 28 (ANI): Voters across the union territory of Jammu and Kashmir braved the severe cold and turned up in large numbers at government schools and colleges on Saturday to exercise their democratic right to vote in the first-ever District Development Council (DDC) elections.
Many waited in long queues outside polling booths bundled up in woollens to cast their votes. A woman brought along her child at the Sungri polling station in the Chassana area of the Reasi district, probably one of the youngest to witness the electoral process in the local body polls. 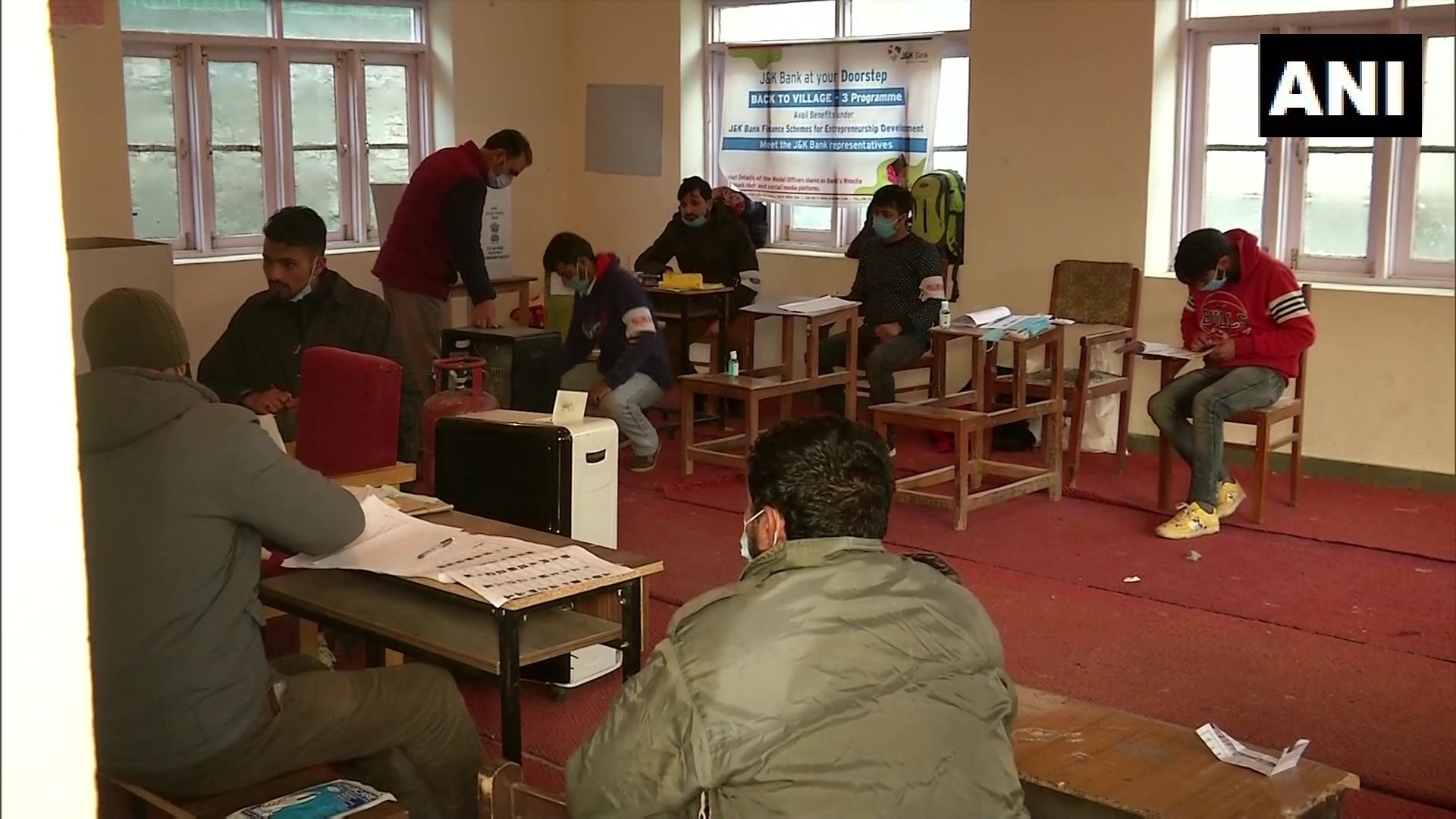 According to KK Sharma, the Jammu and Kashmir State Election Commissioner, the administration is well equipped to conduct voting in this weather, even amid the Covid-19 pandemic.
"Elections have been held in Jammu and Kashmir in cold weather earlier also so we have the experience of holding elections in areas which witness such weather. All the necessary materials have been provided to district magistrates to ensure a smooth voting process. We also have snow cutting machines incase of snowfall," Sharma told ANI.
Since this election comes amid the Covid-19 pandemic, polling staff was seen checking temperatures of voters who followed standard operating procedures (SoPs), including wearing face masks and maintaining social distance. 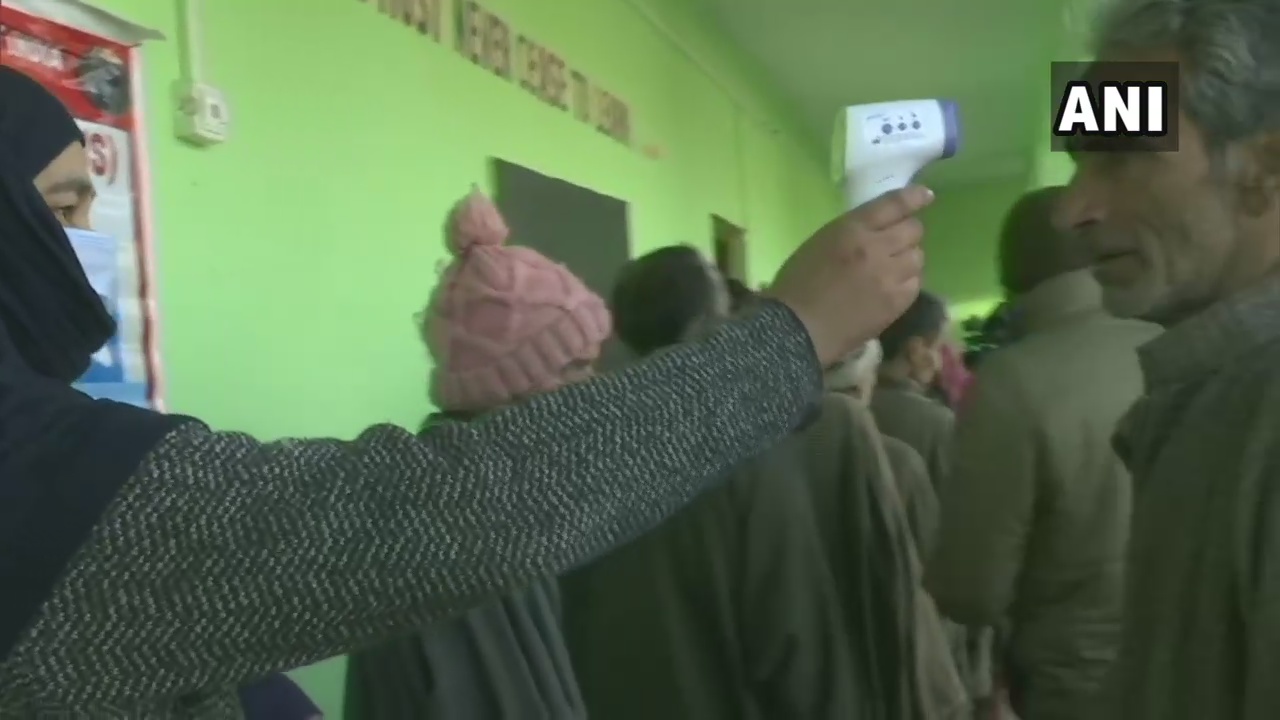 "All arrangements including security measures have been reviewed and completed. The remote areas to go to polls in the first and second phase of polling. Health Department engaged to implement COVID guidelines," Sharma said.
Parts of the union territory witnessed a significant amount of rain and snowfall in the last few days as predicted by the India Meteorological Department. 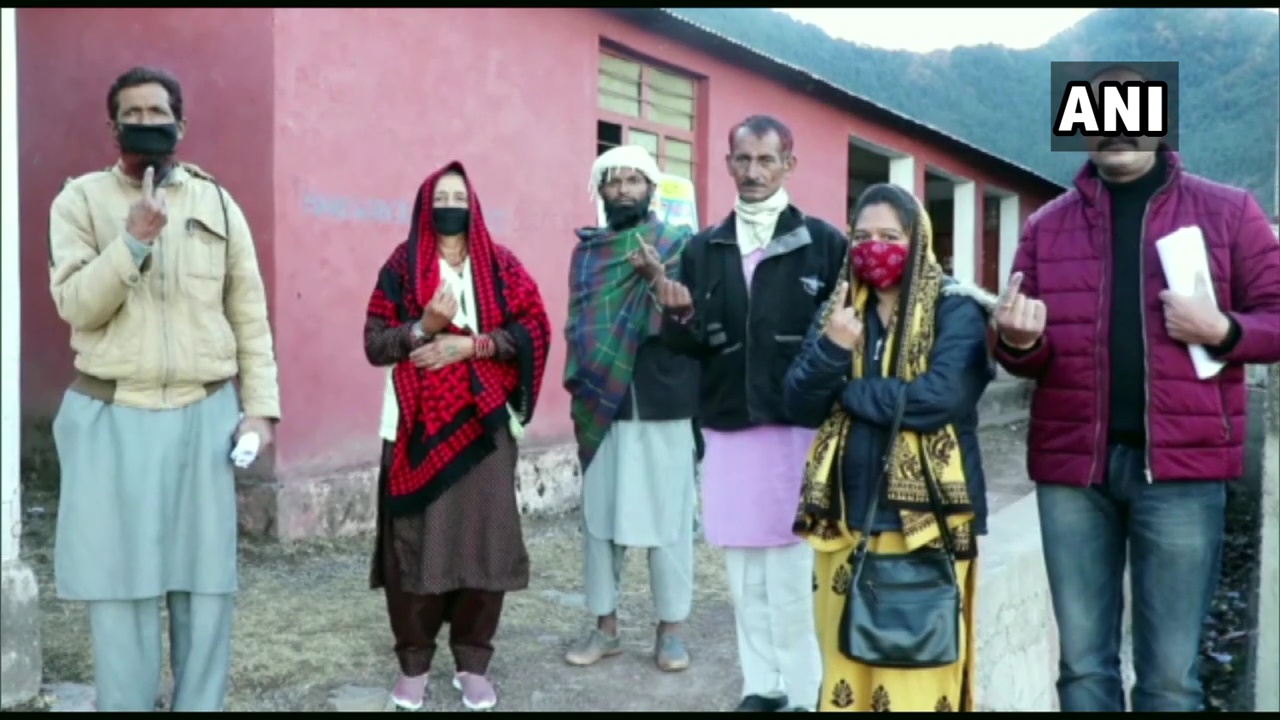 On Friday, Jammu and Kashmir Director General of Police Dilbag Singh chaired a high-level meeting to review security arrangements for the polls and by-elections for Panchayat and Urban Local Bodies.
Forty-three out of 280 constituencies in the Union Territory are going to polls in the first phase today Out of these 25 are in Kashmir and 18 in Jammu. Polling today will end at 2 pm.
The elections, which are being held in eight phases, will conclude on December 19 and the counting of votes will be held on December 22.
Parties including the National Conference, People's Democratic Party (PDP), Peoples Conference and CPI(M), formed the People's Alliance for Gupkar Declaration and are fighting the maiden DDC elections together. National parties BJP and Congress are also in the fray.
There are 280 DDC seats in the union territory with 140 each in Jammu and Kashmir regions.
By-polls for 234 vacant seats of Urban Local Bodies (ULBs) are also being held simultaneously. (ANI)